#ECRPresenterSearch: Three semi-finalists take over the show in Chatsworth!

The first three semi-finalists, Kay-Dee Timm, Penny Ntuli, and Style Mbatha, have made it through the first week...

The #ECRPresenterSearch kicked off with a bang and every day since the launch has been filled with anticipation, excitement, and talent!

In case you have been living under a rock the past few weeks, let's fill you in real quick.

Stacey and J Sbu are looking for a new presenter to join the East Coast Radio presenter line-up and they wanted to give YOU the chance to become a part of the family.

Since announcing the #ECRPresenterSearch competition, our DMs, Facebook inbox, WhatsApp line, and everything in between have been filled to the brim with entries and we couldn't be happier.

However, there are only six semi-final spots available and last week we filled three of them.

Kay-Dee Timm, Penny Ntuli, and Styles Mbatha made it through the first round and were faced with their first challenge.

Stacey and J Sbu took off to Chatsworth Centre on Friday and they took the three newbies along for the ride.

When they arrived, they were told that at this broadcast they will be going on-air with the Drive duo for the first time.

Not only that, but they would each be handed one task that they needed to execute during the show.

They had to dance along to #TrafficJamWithJSbu and the #ECRMix (which they did admit is not as easy as it seems on Facebook live!).

READ: 'Father' of the Tembisa 10 admits that there are no babies

You can see all the highlights from the first #ECRPresenterSearch semi-finalist takeover here:

Kay-Dee is a bubbly, positive, and confident guy who was as ready as ever to take on the first task of the day - a live read.

A live read is a type of advertisement promoting a product or service where the presenter quite literally has to read the script provided.

Clients, money, a first-timer, sounds like the perfect combination...

You can watch Kay-Dee attempt his first-ever live read or listen to the podcast below:

Don't be fooled by this lady. She might seem sweet but she's got secret sass (very much like our very own Stacey).

And just like Stacey, she had a massive responsibility - she had to run #StaceyNormansBigMusicChallenge.

If she messed up, the listener/contestant would not be walking away with some cash money. So no pressure...

You can watch her edition of #StaceyNormansBigMusicChallenge or listen to the podcast below:

The man with the moves! This seems quite fitting seeing as he was put in charge of running #TrafficJamWithJSbu.

JSbu was still right there to keep a close eye on things, but it was all up to Styles and this was his one chance to show what he's got.

You can watch his edition of #TrafficJamWithJSbu or listen to the podcast below:

Here are some more of the best moments: 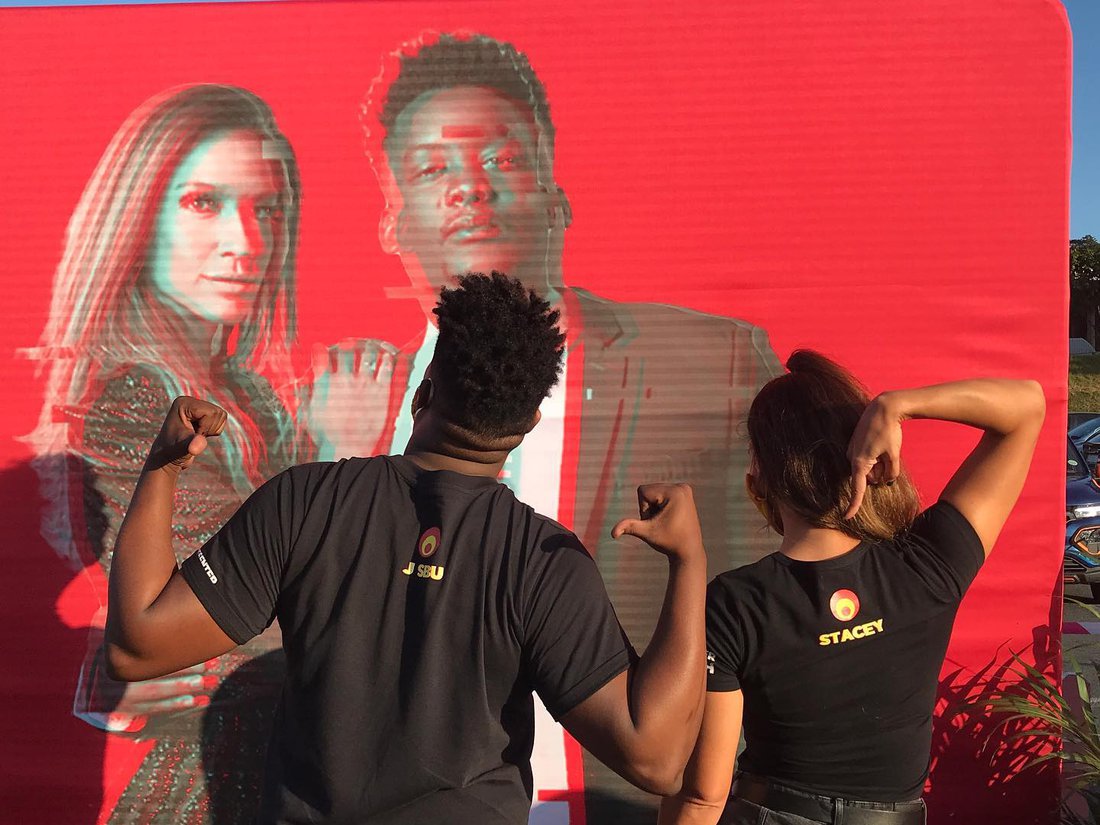 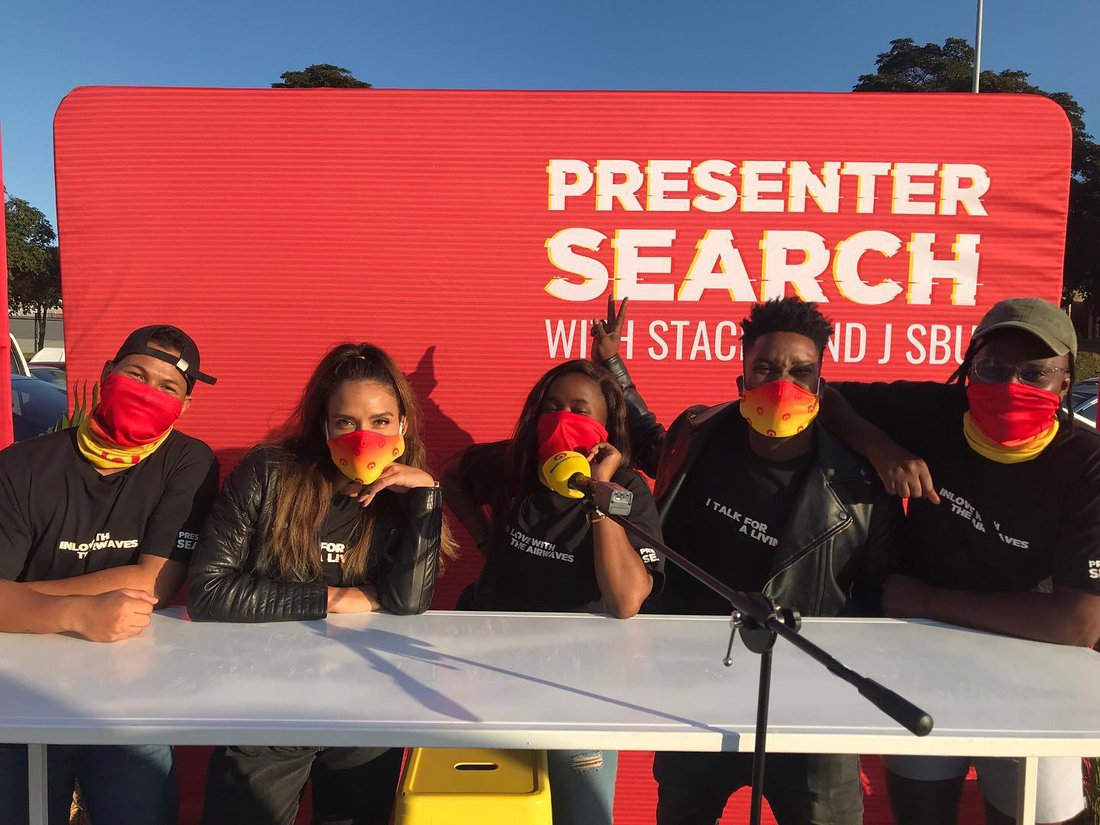 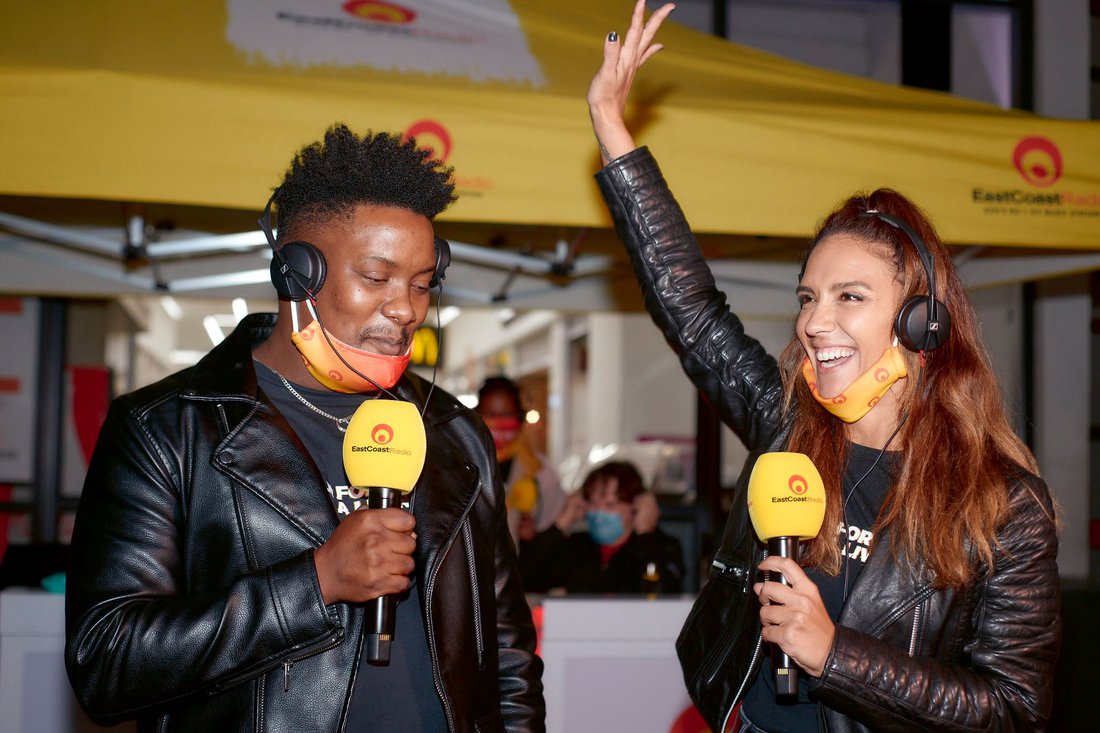 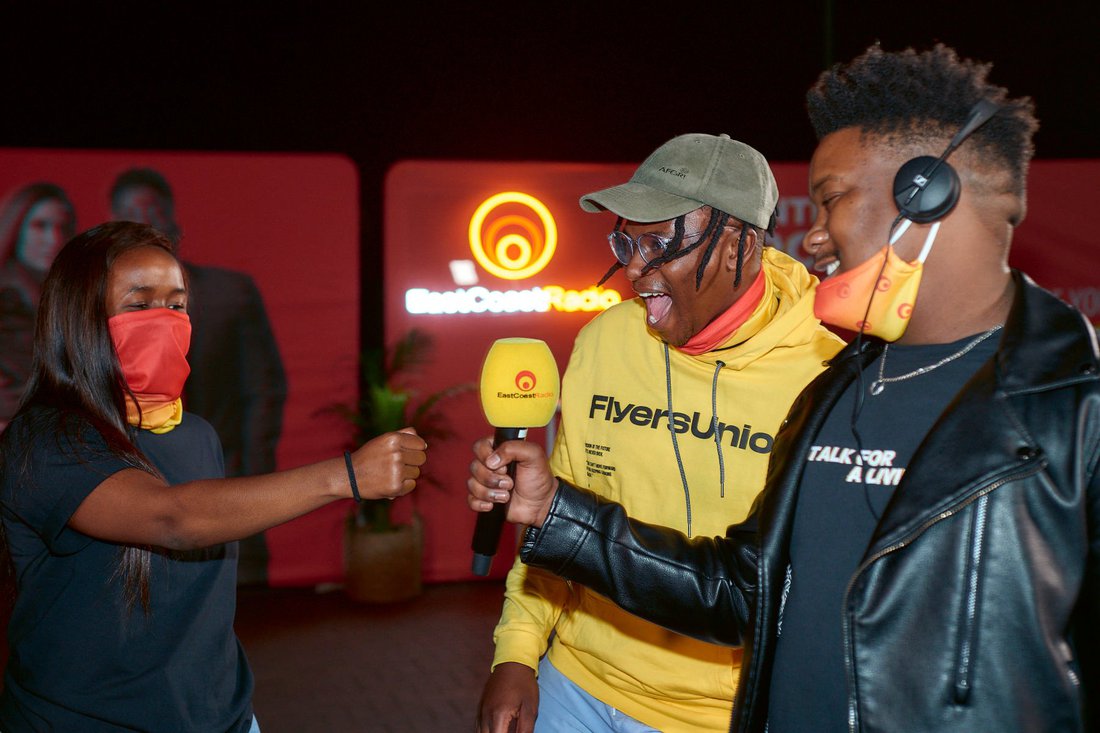 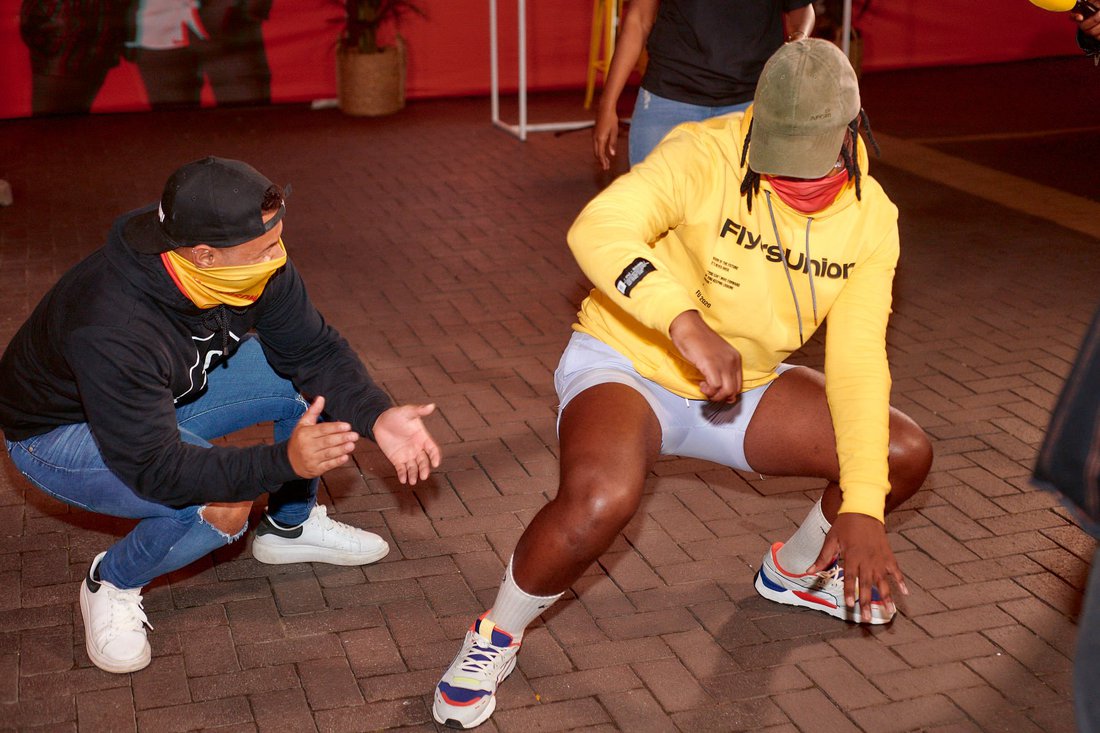 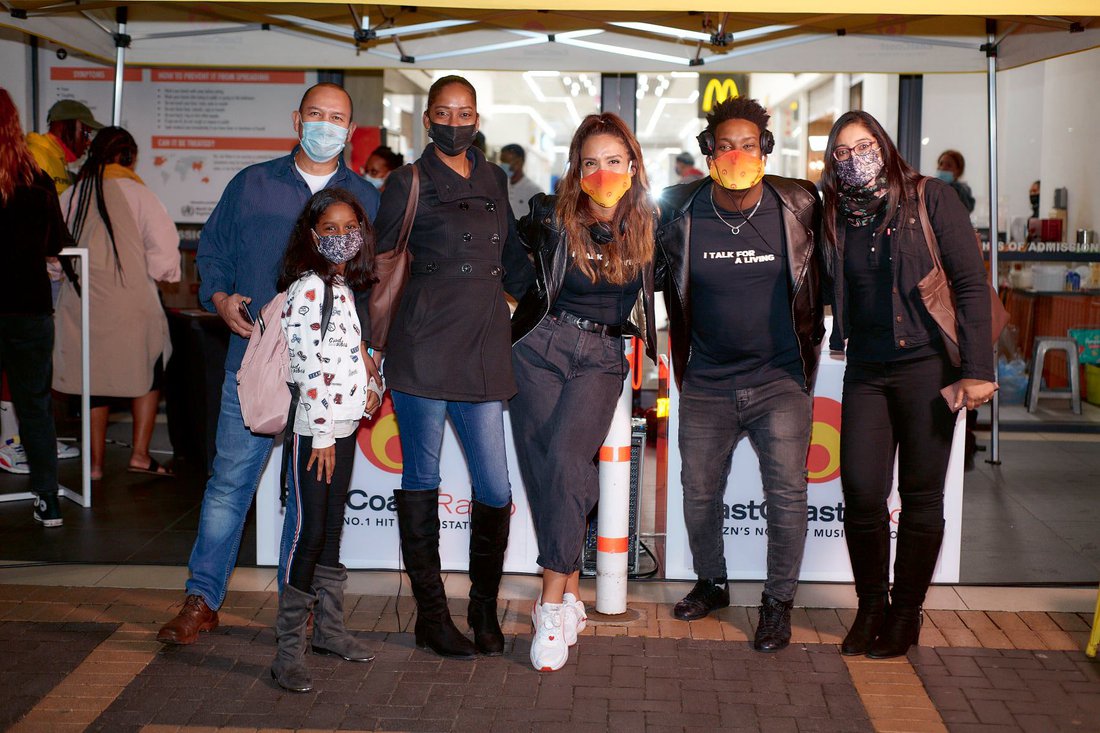 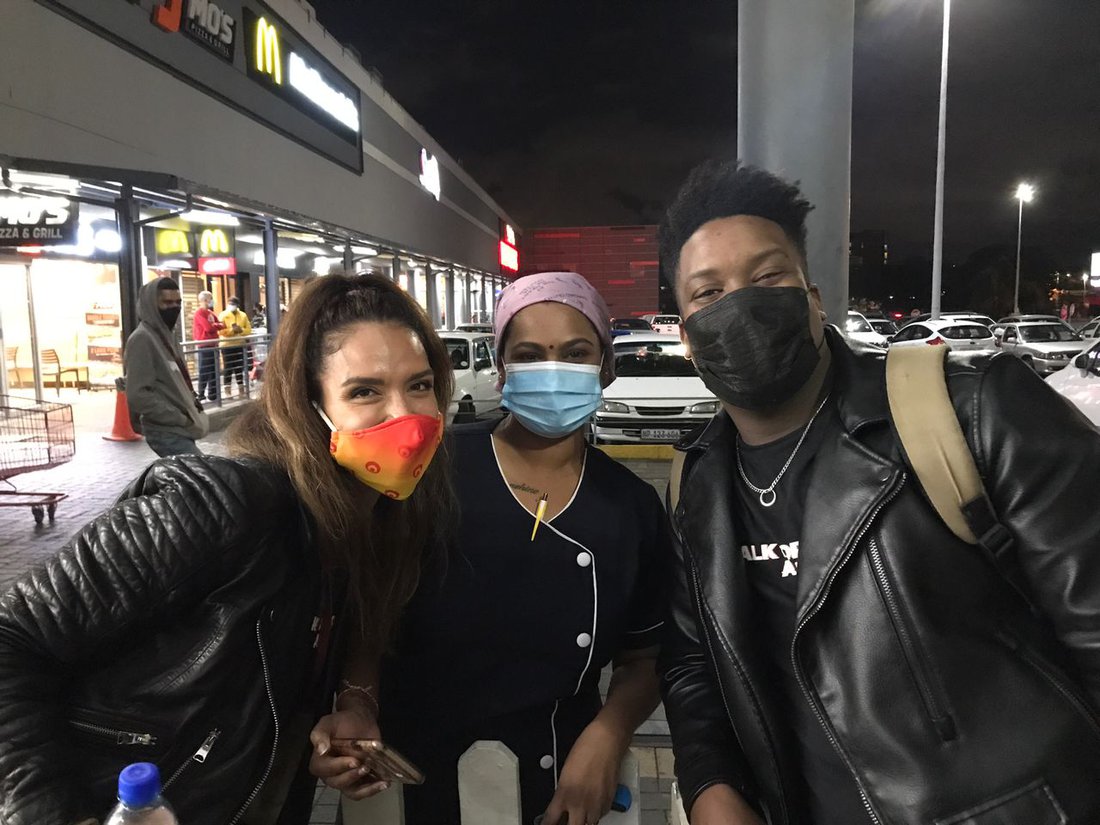 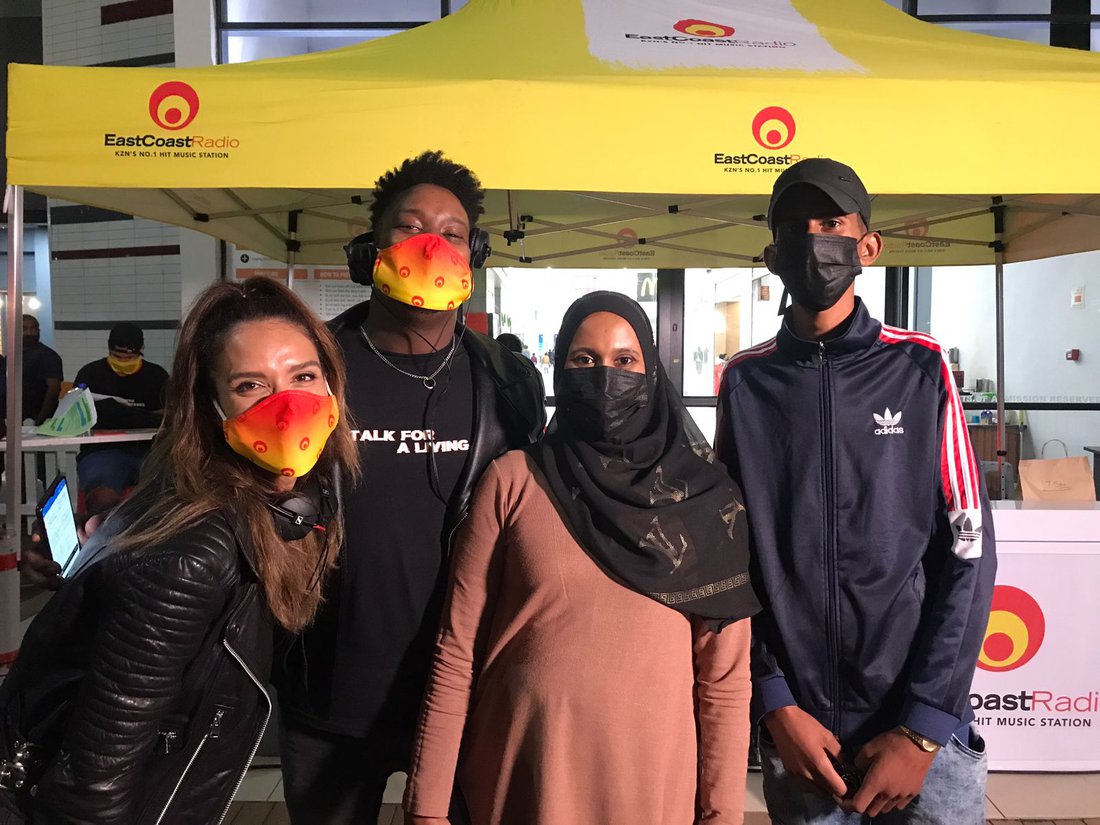 And we can't forget all the dancing!

The dance crew assembled and lived their best 'Step Up' lives during the #ECRMix:

And so the first #ECRPresenterSearch semi-finalist outside broadcast takeover came to an end.

While the three future potential presenters might have had to deal with a bit of nerves, at the end of the day, they had a blast, Stacey and J Sbu enjoyed having a whole dance crew joining them for #ECRMix and #TrafficJamWithJSbu and they were happy to be mentors for the day.

Now only time will tell whether one of the first three will end up taking that highly coveted ECR presenting spot.

On Wednesday, 23 June, Stacey and J Sbu will be contacting the final three semi-finalists and will be telling them the good news. You don't want to miss it, so make sure you tune in from 4 pm to 7 pm.

Voting opens soon so make sure you keep an eye on all the East Coast Radio and Stacey and J Sbu social media pages and make sure you help your favourite future star get to the top!