Eek! Menstrual cup found in a bag of rice after husband used it to make dinner

This was definitely an awkward period for the family...

Men are very often mystified by various female products, but when this story popped up on our Pinterest feed, it was jaw-dropping.

Cindy Hobbs recently discovered that her husband had used her menstrual cup as a measuring cup when he made dinner.

This came to light when Cindy spotted her period protection in a bag of rice.

See a screenshot of the couple's conversation below:

Cindy thought that this was absolutely hilarious and had to share.

Littlethings say: "One day, Cindy, who has three kids, noticed her toddler had gotten ahold of her menstrual cup so she immediately tried to take it from her. After wrangling the period product from her little one's hands, Cindy got distracted and left the menstrual cup on the counter."

PICS: Margot Robbie and Ryan Gosling sizzling as the new Barbie and Ken!

This conundrum had the internet rolling over with laughter.

The menstrual jokes came flying in... grab a pad because you may want to take note of this hilarious interaction as seen below: 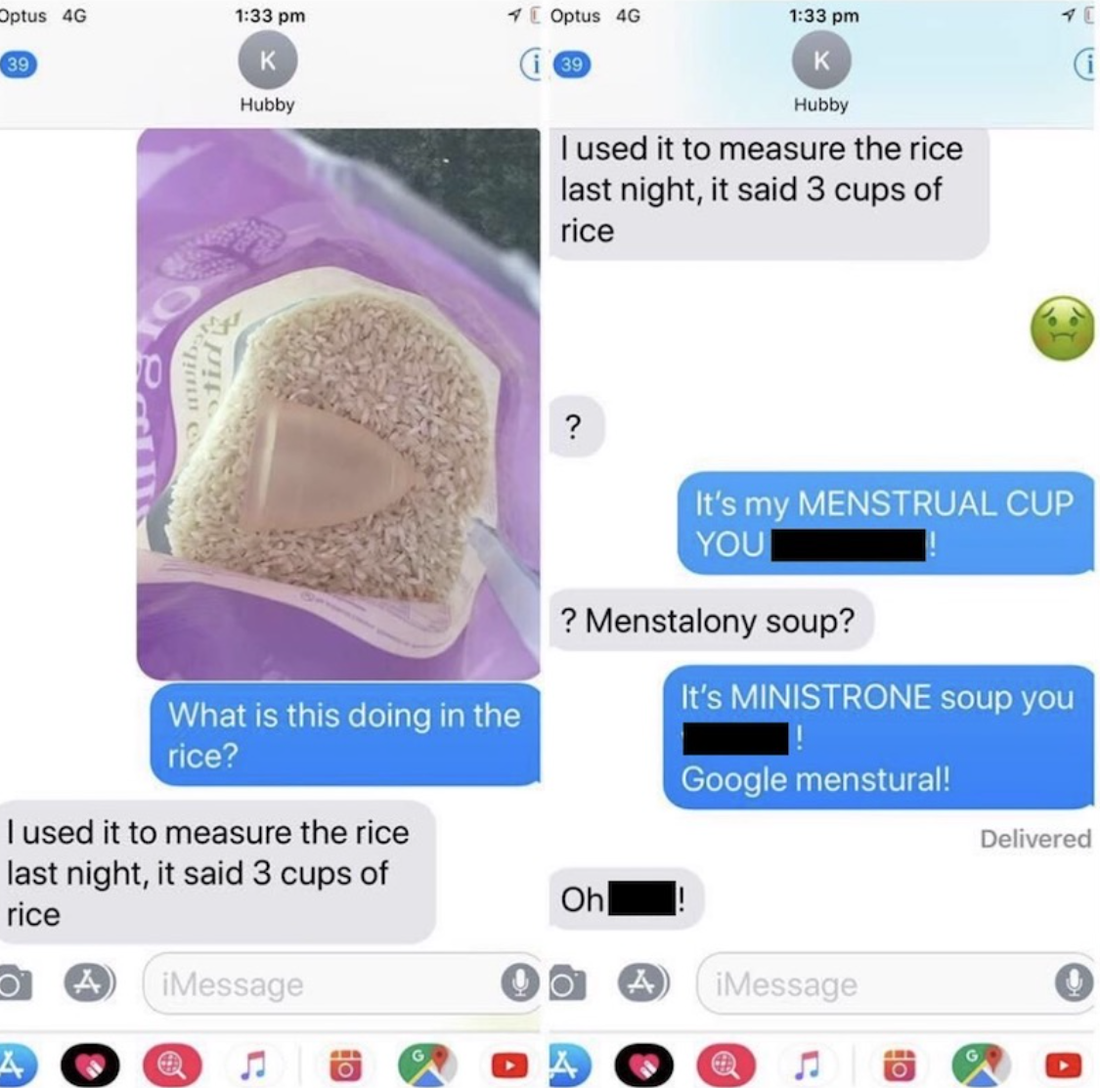 The next time you make rice, make sure you grab the right cup, period.

Read More: The 'Internal Shower' is going viral, but doctors are warning against it