Whale carcass, sharks spotted on South Coast
There has been another sighting of the humpback whale carcass in other parts of the South Coast.

Residence in Trafalgar beach on the South Coast woke up to an unfamiliar sight this morning when a 12m - 40 ton whale carcass washed ashore.

Vicky Odendaal, a BnB owner says her guests alerted her to the carcass and they were surprised by the size of the whale.

"It looked so big and some people when we went back now told me that it's just a calf. It's not even a grown whale. So, I can't even imagine how big a really big whale will be," she said. 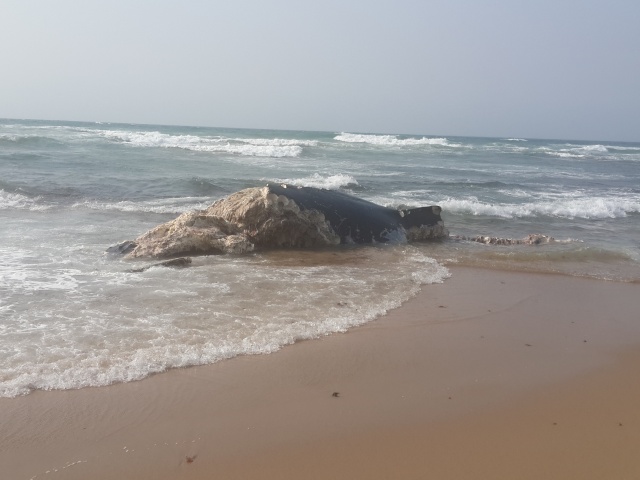 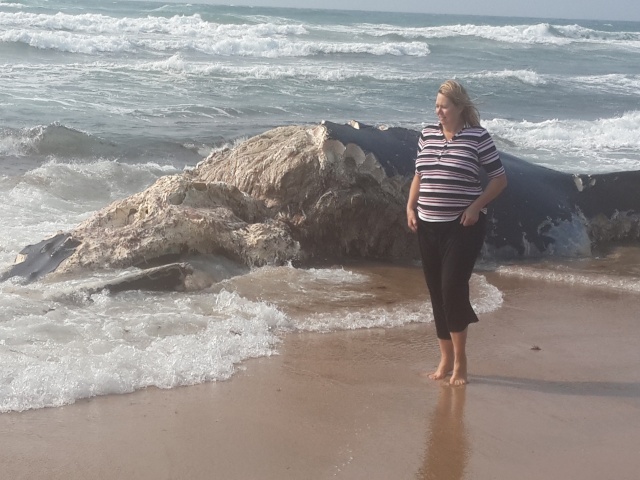 Meanwhile, Scottburgh beaches were closed off yesterday after the carcass became a feast for sharks off the south coast at the weekend. Underwater photographer, Alllen rushed to Aliwal Shoal after receiving a call from a skipper who spotted this.

We received a call from a fellow skipper that he had spotted a dead Humpback Whale just off Aliwal Shoal and that predation had started on the carcas, this was the beginning of an amazing two days out on the ocean. What was originally a rather macabre and somber moment seeing the dead whale was soon going to change into a life changing experience.

On arriving we noticed that the viability was not to great and not long after that we saw a great white shark eating on the caracas on the surface. Initially it was a rather daunting idea to get into the water because of the bad visibility but not to long after arriving Rob, Walter, Brett, B.J and I had our scuba gear on (with the help of a lot of nervous energy and adrenalin), we slide over the side of the pontoons togo and witness this amazing occurrence for ourselves.

As we dropped in we were greeted by a huge Great White shark who slowly swam past us, investigating the new comers to the scene, we continued to descend until we were below the carcas and then the show became reality!! 15 to 20 large Tiger sharks circled the caracas with 2 Great Whites adding to what was already a pretty crazy moment in time. To add to this fray was numerous Oceanic black tips & Dusky sharks, which to me are the ones to really keep an eye on. Time seemed to stand still in ones mind as we witnessed how efficiently and calmly the sharks ate of the whale, no frenzy, no nervous energy, just calm feeding with each shark taking a turn to get a bite, this whale caracas was big enough for all to feed, therefore most probably the reason there was no mad compassion to get to the food.

I literally watched how great whites and tiger sharks grew bigger and bigger in front of my eyes as they ate to their hearts content. Although the visibility was bad this event will be printed into the memory banks forever.

We went back the next day and to our surprise the current had turned and was rather strong, but the water had cleaned up a bit, we once again dropped in for our second days adventure, this time even more spectacular as we joined three Great whites, Tigers, Duskies and a large Zambezi. During this entire experience we never once encountered this “mindless killer” so many people refer to. It was in essence the most amazing dive of my life! 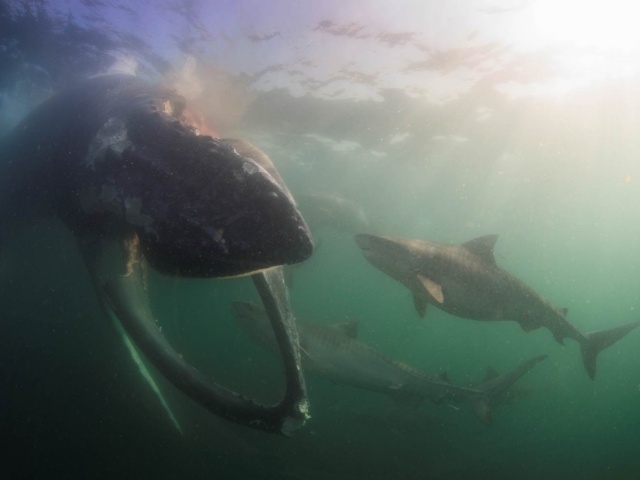 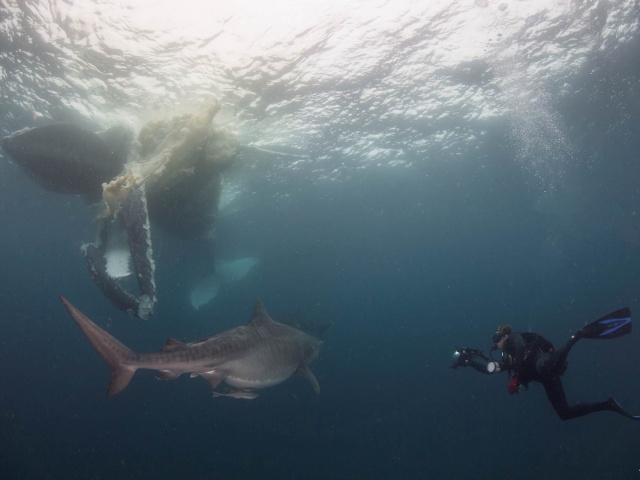 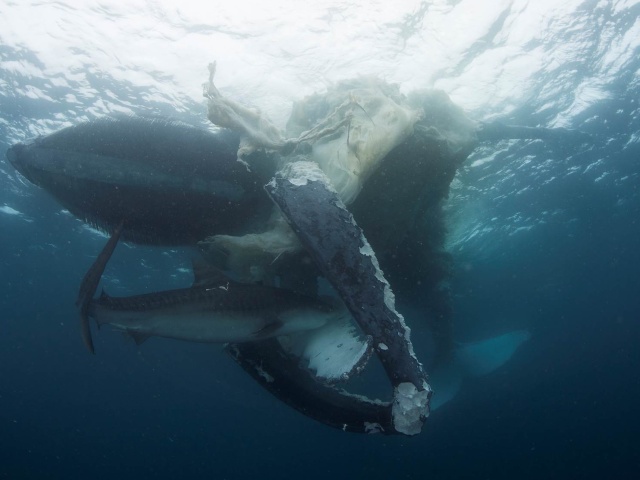 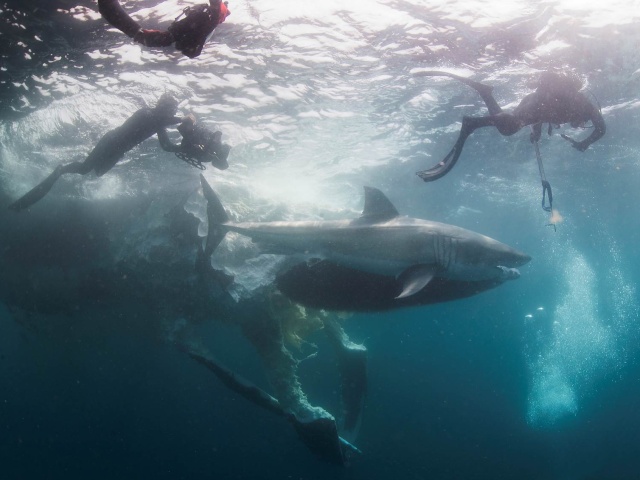