Kosovo opposition lawmakers today pelted the prime minister with eggs, preventing him from addressing parliament over the ongoing dialogue with Serbia.

Isa Mustafa had not even begun speaking when opposition deputies started hurling eggs from their benches, prompting his bodyguards to rush to open umbrellas in a bid to protect him.

An egg struck the front lapel of Mustafa's suit as he left the podium. The session was cancelled temporarily by the parliamentary speaker.

Major opposition parties are against the EU-brokered dialogue with Serbia, claiming  it can only harm Kosovo's independence declared unilaterally in 2008 by the ethnic Albanian majority.

The dialogue between former foes that fought a 1998-1999 war aims at normalisation of relations between the two sides.

Watch the video below. 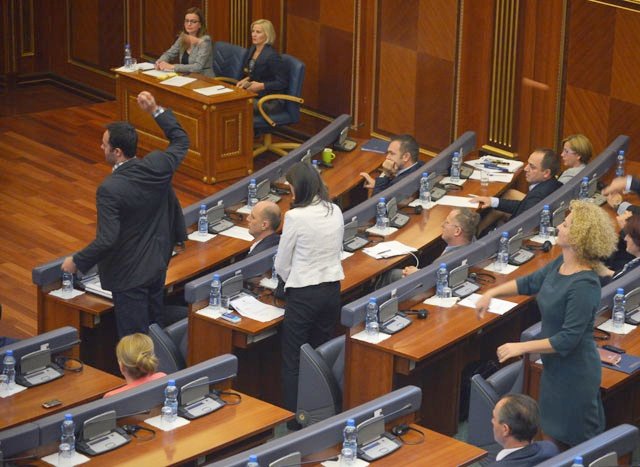 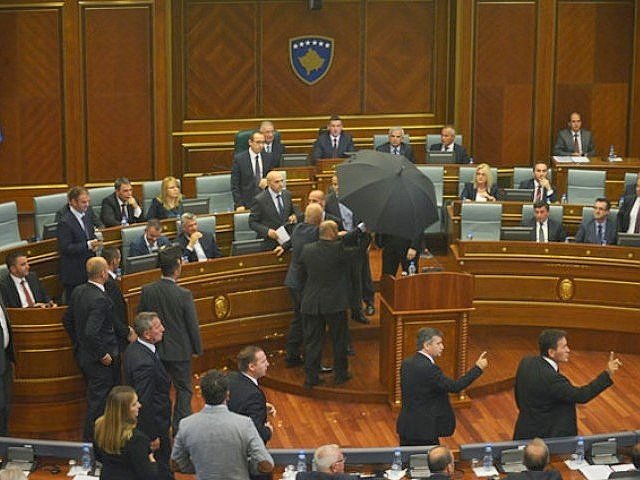