Taxi operators are locked in a meeting with eThekwini municipal officials and the KwaZulu-Natal Transport Department in a bid to resolve the Durban taxi strike that is in its third day.

Thousands of taxi commuters have been unable to get to work and school since Monday when operators decided to suspend their service in protest against the impounding of hundreds of their vehicles on Sunday.

Trade union COSATU's Edwin Mkhize has called for a speedy resolution to the strike, saying its having adverse effects on schooling, people's livelihoods and taxi commuter safety.

''Workers are the ones hugely affected by the strike. They are seen stranded on the roads in the mornings and afternoons because buses drivers are also unable to transport them for fear of being targetted by taxi operators.

''As a result they are exposed to serious vulnerability including issues of crime,'' he said.

The DA has also called on the municipality to put an end to the strike by finding middle ground with taxi operators on the issue of permits. The party's has backed SANTACO's claim, that it was agreed at a council meeting earlier this year that taxis would not be taken off the road until a solution to the permit issue is found.

In a statement earlier this week, eThekwini Municipality said there is no standing agreement between the City and members of the taxi industry that minibus taxis will not be impounded for failure to produce valid route permits.

The strike has meant businesses in the city have had to operate on skeleton staff or close their doors due to employees not being able to find transport to work.

Police say they have arrested four people in connection with the stoning of buses transporting desperate commuters in the CBD today. There have also been unconfirmed reports of intimidation and violence in uMlazi, south of Durban. 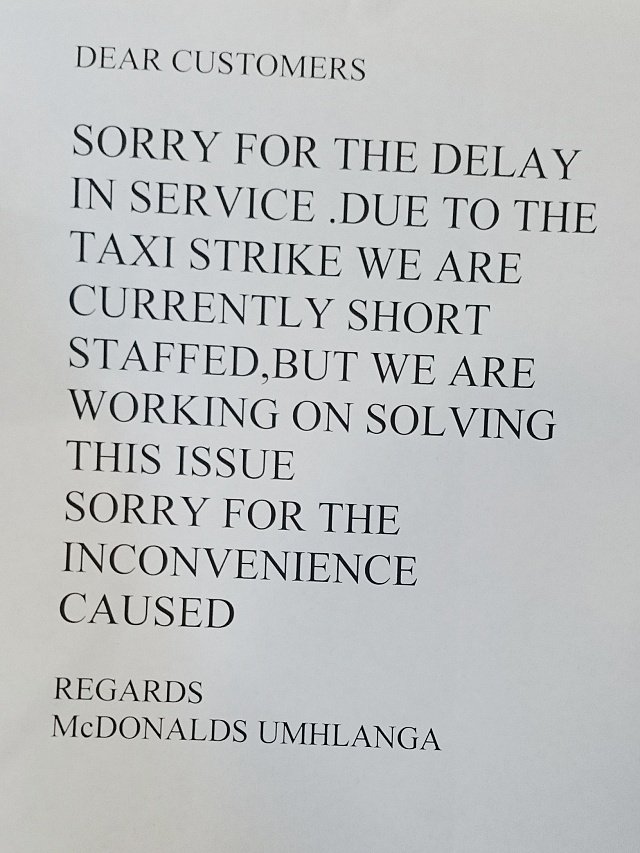