Alleged Virginia gunman tweets video of attack, shoots himself
There are reports the alleged gunman who shot dead a reporter and a cameraman during a TV broadcast has shot himself.
The man has been identified as Vester L. Flanagan. He is said to have been a disgruntled ex-employee of local TV station WDBJ7.

This is where the victims, Alison Parker and Adam Ward had worked.

24-year-old Parker and 27-year-old Ward had been doing a live TV broadcast at Bridgewater Plaza near Smith Mountain Lake this morning local time.

Moments later they were dead after the shooter opened fire on them.

The female guest that Parker had been interviewing was also shot and injured.

The alleged gunman in the Virginia shooting in the US has tweeted a video showing him walking up to a local TV reporter and her cameraman before he points a handgun at them.

Click here to read the breaking story of the shooting.

Flanagan's on-air name was Bryce Williams, the same name he used on his Twitter. Hours after the shooting he began a series of tweets about the incident.

In one of the tweets he says that Parker had made racist comments. The account has since been suspended.

Below is the tweet posted from Bryce Williams' account with a short video of someone walking towards the TV journalists with a handgun pointed at them. 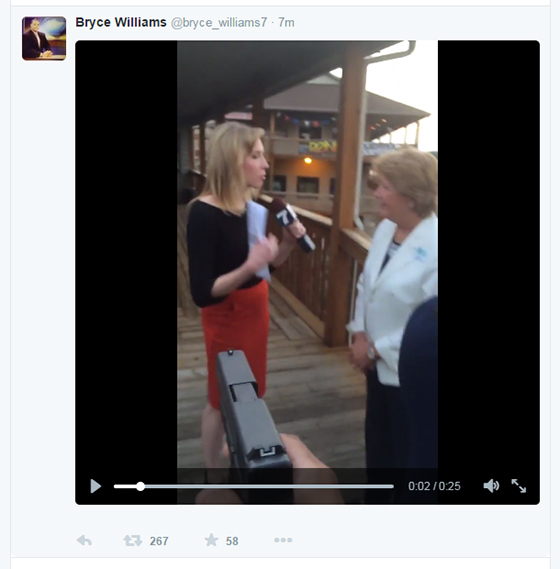 The posting of the video was preceded by the following tweets. 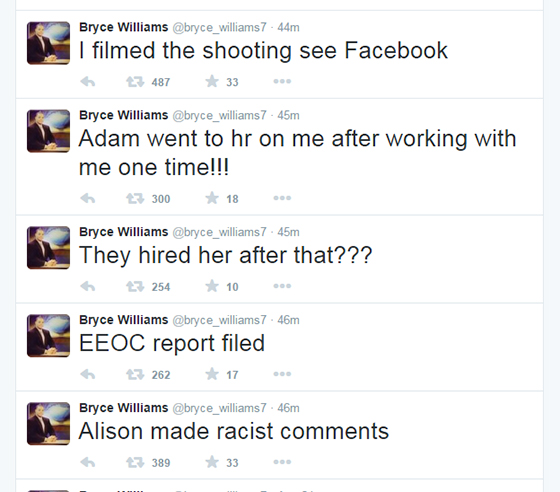