4 critical after Chatsworth crash
Four people are in a critical condition in hospital after the vehicle they were travelling in crashed into a tree in Chatsworth last night.

Emergency services say a bakkie slammed into the tree along the M1 near the Mobeni Heights Cemetery at about 7:20pm.

Netcare911's Chris Botha says a man and a woman who'd been sitting on the back of the vehicle were flung into the road.

"There seemed to be two people who were on the back of the bakkie, they were catapulted off and landed in the road and sustained very critical injuries.

"The man had to be placed on a ventilator before at the scene before being transported off to hospital," he said. 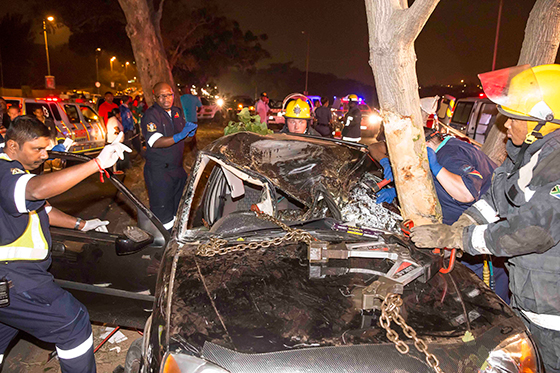 Botha says a man and a 16-year-old girl were also trapped in the wreckage.

"It took us just over an hour using the jaws of life to extricate them from the wreckage. They were both treated in a critical condition and transported through to nearby hospitals for further treatment," he said.