16 hurt in Durban taxi crash
Sixteen people have been treated for various injuries following an accident involving a minibus taxi in Durban.

The driver of the taxi is believed to have lost control of the vehicle on the N2 Northbound near Westwood Mall yesterday.

Rescue Care's Garrith Jamieson says passengers were ejected from the vehicle during the accident.

"On arrival, paramedics found that a single taxi fully loaded has rolled several times before coming to rest on its side on the centre median. Passengers were strewn across the centre median as some were ejected as the taxi was rolling.

"Paramedics immediately called for more ambulances and advanced life support units to assist in the multiple casualty scene," he said.

The injured were transported to nearby hospitals for further care. 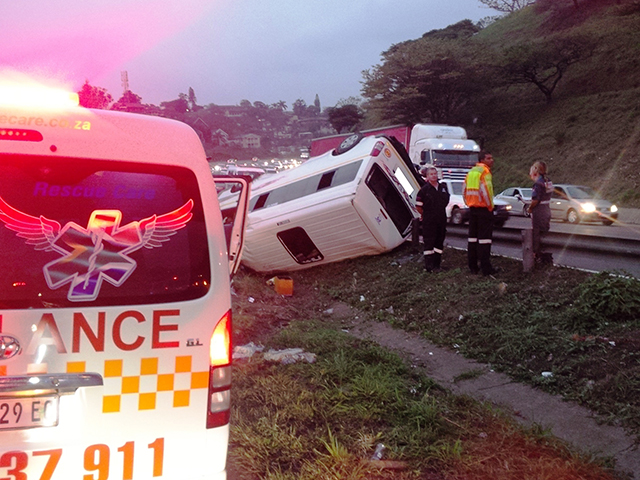