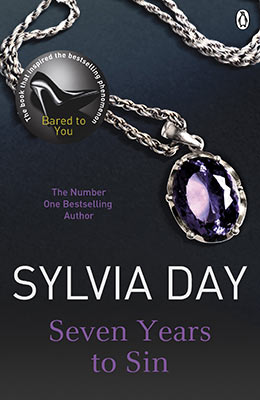 The Stranger I Married introduces us to Isabel, Lady Pelham, and Gerard Faulkner, Marques of Grayson - London's most scandalous couple. They are perfectly matched in every way until a shocking turn of events sends Gerard from Isabel’s side. Four years later, Gerard returns. But the boyish rogue who left has been replaced by a powerful, irresistible man who is determined to seduce his way into her affections.

WIN! WIN! WIN!
Two readers each stand a chance to win a copy of Seven Years To Sin and The Stranger I Married. To enter, answer the following question:
Name one of Sylvia Day’s pseudonyms.
Email your answer to [email protected] with “Sylvia Day” in the subject line.
Competition closes Friday, 12 April 2013.
Winners will be notified via email.