RiRi loves her fans. Really?!
Rihanna, Mel B, Katy and Christina all make the cut in today’s edition of The E Files with Anisa – a tongue-in-cheek look at the latest gossip in Celebville....

Love her or hate her…Rihanna is one of the biggest musical stars of her generation. And in a new documentary she says she wouldn’t be where she is if it wasn’t for her loyal fans. 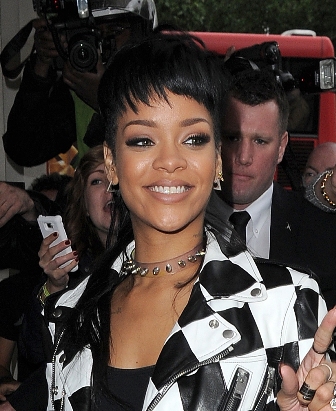 She says her fans are “my everything.” Well, RiRi, if they mean so much to you, you could start showing them respect by turning up for your shows on time and stop  keeping them waiting for hours. Just a thought…..


Depending on which side of the Spice Girls fan club you’re on, you’ll either find THIS piece of news incredibly disturbing or incredibly exciting…Mel B – the former Scary Spice – has given a rather open interview to her fellow America’s Got Talent judge, Howard Stern. She owns up to a number of things – some of them pretty deep, others quite the shocker. Asked if she was ever attracted to her Spice Girls band mates, the singer replied, “Always” and went on to reveal that she’s “kissed all of them.”


As you know stars are bound by their contracts to say good things about their movies cos after all they need people to go and watch them. That's why it's so refreshing when an actor says what's REALLY on his mind - even it means admitting the movie sucks! Jeff Bridges says he was “underwhelmed” with his new movie, the sci-fi action-comedy R.I.P.D. The film flopped at the box office and 63-year old Jeff says he can see why: “I remember when someone pitched me the project, I couldn't quite grasp what they were talking about." But he went ahead and did the movie anyway….that’s the power of a million dollar paycheck!

Who cares if she’s had a nip here or tuck there as she’s rumoured to have had. The fact is Christina Aguilera is looking incredible.

She says she lost tons of weight by working out but sources say the only working out she did was swiping her credit card to pay the cosmetic surgeon! Regardless, Christina says she’s feeling her sexiest ever ‘cos at 32 she finally knows what she wants. And that includes some me time at home – with her son Max - away from the cameras.

If there’s ONE lesson troubled actress Lindsay Lohan learnt this year: it’s don’t mess with Oprah. Lindsay had signed a two million dollar deal with Oprah to make an eight-part documentary on her controversial career, but Oprah threatened to pull the plug on the whole thing ‘cos she felt the actress wasn't putting in sufficient effort. She told Lindsay: be more enthusiastic or I’ll walk. No one messes with Oprah!


William Shatner boldly went where to man had gone before…so he won’t be doing it again. The 82-year old played the original Capt James T Kirk in the TV series decades ago. He’s turned down the chance to join Richard Branson’s Virgin Galactic space programme ‘cos he doesn’t like flying. And he didn’t like the fact that Branson wanted him to pay 200,000 dollars for the trip to space. Tell you who’s had no problem coughing up the money: Ashton Kutcher, Mila Kunis, Justin Bieber, Leonardo DiCaprio and Russell Brand have all booked their space trips.


If you're a new artist with one hit under your belt, and Katy Perry asks you to go on tour with her as her opening act, you'd say yes, right?  Well, most people would.  But believe it or not, Lorde, the 16-year-old breakout star from New Zealand who's rising up the charts with her hit "Royals," said no. 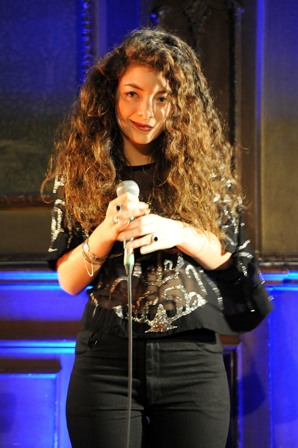 The teenager says she has a pretty good “gut instinct” and it doesn’t FEEL right, she doesn’t do it. Still she turned down Katy Perry???!!!

Have a great weekend!