Madiba movie takes Toronto by storm
Mandela: Long Walk To Freedom had its first international screening at the Toronto International Film Festival over the weekend…

Mandela: Long Walk To Freedom had its first international screening at the Toronto International Film Festival over the weekend…

The movie, which is due for release in SA on 28 November 2013, received critical acclaim from audience members in Canada on Saturday.

Mandela: Long Walk To Freedom stars Idris Elba and Naomie Harris as Nelson Mandela and Winnie Madikizela-Mandela. Naomie has said this was one of the toughest roles she’s ever played.

Incidentally, Idris Elba is the exact same height as Nelson Mandela. Although director Justin Chadwick says they really wanted someone who could capture the spirit and passion of Mandela, not a “look-alikey” actor. Still, Elba puts on such a convincing performance that even he was impressed, wondering out aloud after he’d watched a clip, if that really was him.

The movie tracks Madiba’s early years as a lawyer, through his recruitment by the ANC, to his arrest, imprisonment and eventual release.

Elba has already won over critics who have his portrayal of the statesman the thumbs up. 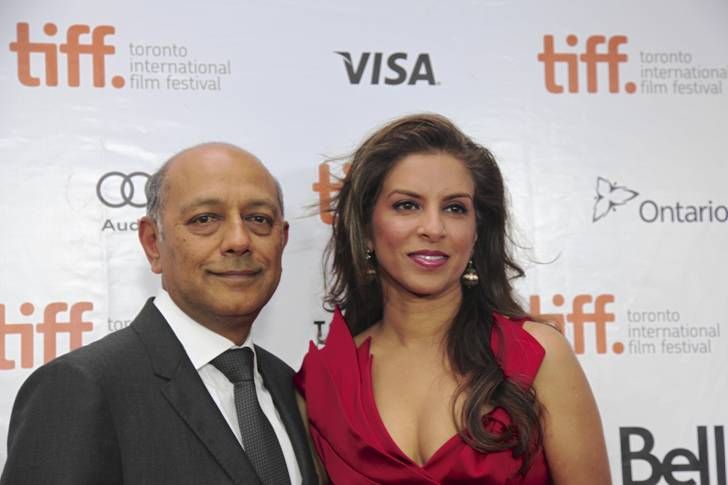 Anant Singh with his wife Vanashree

Anant Singh, who produced the film, spent 17 years in development to bring Mandela’s story to the screen

All of them took their places on the red carpet at the Toronto International Film Festival.