Kajal to dance with Bollywood star
Durban actress, dancer and TV personality, Kajal Bagwandeen, is counting down the days to SAIFTA. That’s where she’ll be performing with one of Indian cinema’s top stars.

Durban actress, dancer and TV personality, Kajal Bagwandeen, is counting down the days to SAIFTA. That’s where she’ll be performing with one of Indian cinema’s top stars.

Even celebrities have celebrity idols and for Durban-born Isidingo star, Kajal Bagwandeen, her dream of meeting hers is about to come true.

Kajal is one of more than 40 Durban dancers who have been selected to perform at SAIFTA.

She's told us it’s an absolute honour to be performing at the prestigious event in front of a 6,000-strong audience and millions of TV viewers in India.

“One person in particular that I’m very excited about seeing and dancing with hopefully, is Madhuri Dixit. I mean she is a veteran in dance and I as a Kathak dancer have always looked up to her. So, I am going to be star-struck I have to admit but I’m really looking forward to meeting and hopefully performing with her as well.” 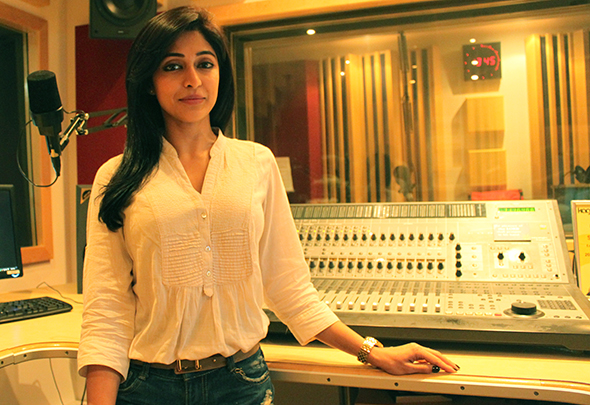 (Above: Kajal in the East Coast Radio studios) 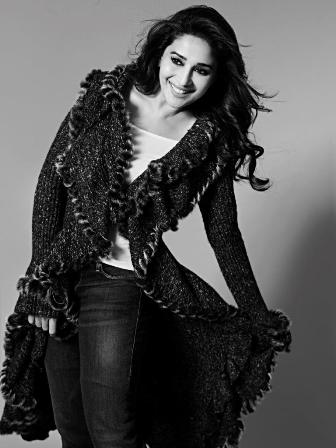 
Madhuri Dixit is one of a host of Indian cinema celebrities who will attend the glitzy awards ceremony at Durban’s ICC on 6 September. Others include John Abraham, Priyanka Chopra, Dia Mirza, Jacqueline Fernandez, Karan Johar and Ranveer Singh.

They will join a slew of South African film and TV celebrities at the event. 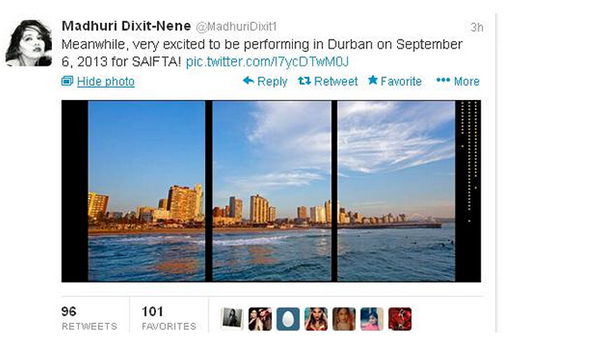 Kajal says she and the other local dancers are being put through their paces by one of India’s top choreographers, Geeta Kapoor. Their rigorous training schedule involves nine-hour days as they get to grips with the complicated dance moves. Kajol says they will be performing with a Bollywood star but she cannot reveal who that is.


(Above: Choreographer to the stars, Geeta Kapoor)

“The rehearsals are very hectic. They are long hours and very fast-paced. With SAIFTA now only two weeks away, we have to get everything done and we can’t have one dancer’s arm going left when they’re all supposed to be going right! Everyone needs to be perfect.” 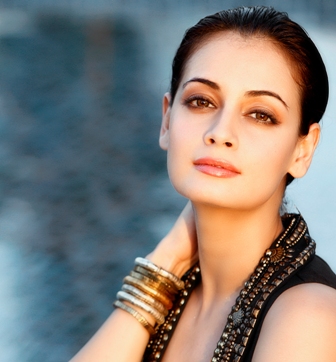 (Above: Dia Mirza will host SAIFTA with Karan Johar)

Kajal and the dancers got a taste of the enormity and scale of SAIFTA when they performed at the launch in March. “A lot of the audience didn’t realise that we were South Africans who were dancing with the stars. Everyone thought we were from India! We trained for ten days there and it was phenomenal. It’s fantastic being on that stage and it’s a wonderful opportunity for us to be performing with them.”

SAIFTA takes place on Friday, 6 September at Durban's ICC. The prestigious awards ceremony will be hosted by actress Dia Mirza and award-winning Indian filmmaker, Karan Johar. Ticket for SAIFTA are available at Computicket.