Justin “The Brat” Bieber?
He may be a global superstar but to Justin Bieber’s neighbours he’s just a spoilt brat...

He may be a global superstar but to Justin Bieber’s neighbours he’s just a spoilt brat...

Residents in the upmarket gated community of Calabasas in California aare refusing to pay for their local resident’s association until authorities clampdown on Bieber’s reckless behaviour.

Police visited the 19-year old’s home last week after neighbours complained he was speeding around in his Ferrari. It’s the latest in a long line of incidents which has the community seeing red. 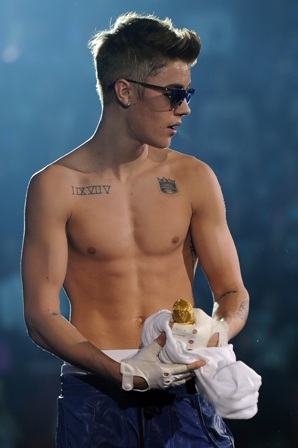 Bieber has also thrown raucous, late night parties…allowed his friends illegally park overnight and often speeds through the gated community in his fleet of supercars.

Bieber is also accused of allegedly threatening to kill a resident who complained and of spitting at the man.