DVD review: Beasts of the Southern Wild
Our DVD choice this week is the Oscar nominated Beasts of the Southern Wild, described as beautiful, funny, timely and tender.
What’s the story?
Meet Hushpuppy, a six year-old girl, who lives with her father, Wink, in the Bathtub, a southern Delta community at the edge of the world. Wink prepares her for a time when he's no longer there through what can only be described as tough love. Then Wink contracts a mysterious illness, a storm floods the rundown area where they live called The Bathtub, and an army of prehistoric creatures called aurochs (giant warthogs) approaches forcing Hushpuppy to grow up very fast.
Who’s in it?
The cast is basically a who’s who of unknowns. But in that lies the true magic of the performances. At the age of nine, Quvenzhané Wallis who plays the part of Hushpuppy, became the youngest nominee for Best Actress in a Leading Role in Academy Awards history. (She was only six when the movie was filmed). Both Wallis and Dwight Henry, who plays the part of Wink, were two non-professionals drafted in from the metropolitan areas of New Orleans.
Who’s the director?
Benh Zeitlin, who with this, his first attempt at directing a full feature film (before this he only directed some short films), managed to get a nomination for Best Director from the Oscars.
What will you remember?
Quvenzhané Wallis’s performance. Absolutely incredible! 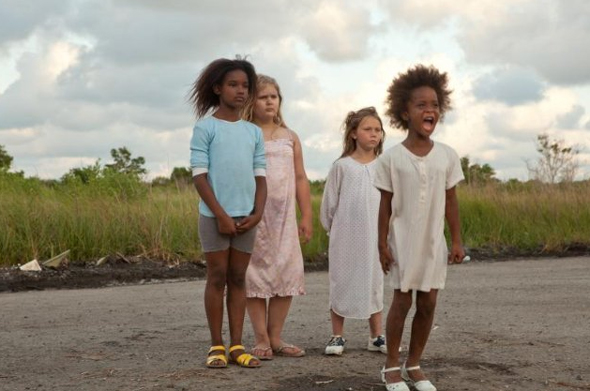 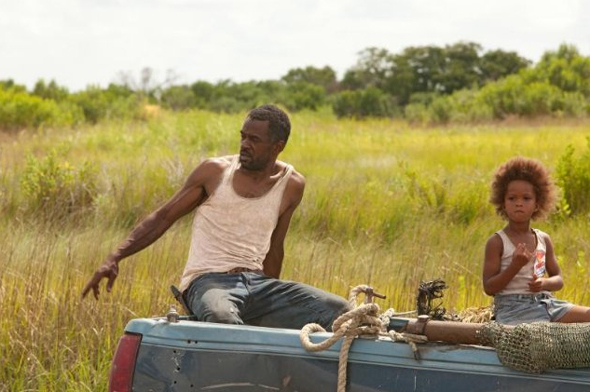 What’s the best scene?
Despite the harshness of Wink’s love, there’s a touching scene when the storm is at its worst where he puts old water wings on Hushpuppy’s arms and tells her “I’m your Daddy and it’s my job to take care of you!” He then storms outside, aims his rifle at the skies and fires off shots at the rain to try and comfort her.
What’s the best line?
Spoken by Hushpuppy: “In a million years, when kids go to school, they gonna know: Once there was a Hushpuppy, and she lived with her daddy in The Bathtub.”
What other movies does it compare with?
The Tree Of Life, Precious, The Road.

What piece of information can you impress your friends with?

When Wink reaches down in the river to show Hushpuppy how to catch a fish with his bare hand, a member of the production crew almost died swimming under water to facilitate this "fishing" feat.
What type of ... would this movie be?
Car: A vintage roadster.
Animal: An owl. Wise… and a movie like this is a rare occurrence…
Kid at school: The arty type who everyone likes, but they’re not sure why.
Toy: An educational floor puzzle.
Famous person: Emeli Sande.
What did others have to say?
"One of the most striking narrative films ever to debut at the Sundance Film Festival" - The Hollywood Reporter
"As its title suggests, Beasts Of The Southern Wild is no ordinary movie. It’s an eccentric, low-budget travelogue that, at times, beggars belief as its characters pass through its waterlogged swamplands. Beautiful, funny, timely and tender, this is the American arthouse movie of the year." - www.empireonline.com
"The movie speaks in words and images of a clarity and vision nearly unique in today’s independent cinema." - Time Magazine
RATING: 6.5