In this week’s Snake Rescue podcast, Nick Evans rushes to a Hazelmere school, pre-lockdown, to attend to an injured python. Not long after that, he's called to rescue a black mamba from a Durban property. What a busy afternoon!

‘It doesn’t rain, but it pours’ – is an expression we know well. And it was definitely the case one afternoon (a while before lockdown) when Snake Rescuer Nick Evans had two call-outs in the space of a few hours.

“It started with an upsetting call about a beautiful Southern African Python that found itself in a really dangerous situation at a school by Hazelmere Dam, in Verulam,” recalls Nick.

“It was in a bad way, and I was really worried!”

Listen below to the latest Snake Rescue to find out what happened with the python, and also how Nick’s later call – for a black mamba seen slithering behind a couch stored outside a Carrington Heights home, turned out. 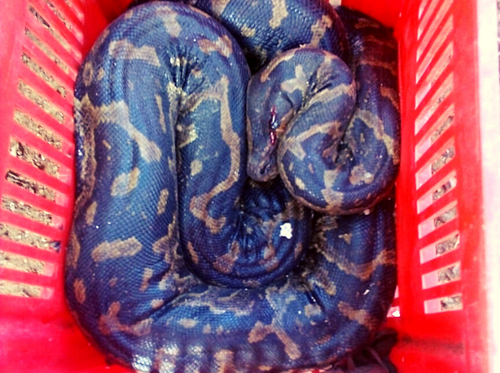 Update: The injured python was treated by Dr. Kerry Easson (Riverside Vet) and the Dangerous Creatures staff at uShaka Sea World, and later released by Nick into a safe environment. 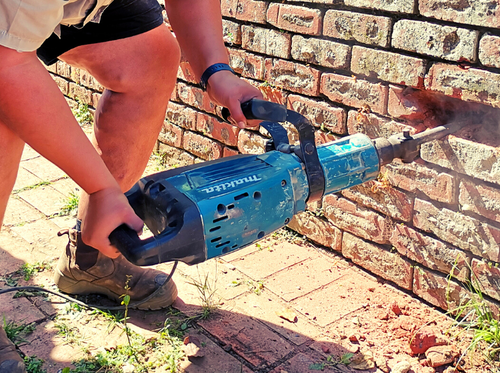 Above, a jackhammer had to be used to reach the black mamba at Carrington Heights.
Below, finally, the snake is rescued much to the relief of the family. 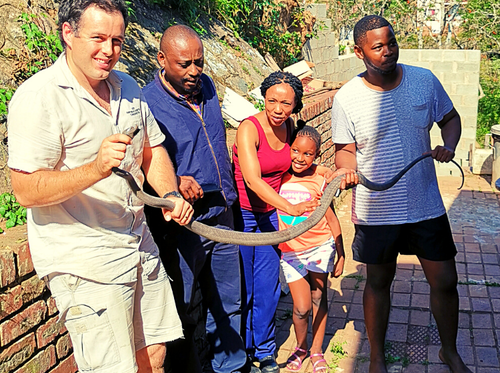