Meet Dan Pashman, the creator behind the latest pasta craze - the cascatelli.

Some studies say they're good for us while others tell us to stay away but at the end of the day, everyone loves carbs.

READ: Listen and you could win prizes from Midea worth R 9816!

There is just something about a good pasta dish that hits the spot, unlike any other meal.

There are few cuisines that offer such a variety as pasta, from a classic spaghetti bolognese to a roast vegetable lasagna, there is something for everyone to enjoy and we have yet to meet a pasta we didn't like.

But did you know there are approximately 350 different pasta shapes?!

If you try to imagine a new pasta shape there is a very good chance that it was either:

One man however was determined to create a brand new, never-before-seen shape and after three years, Dan Pashman achieved his goal.

Pashman is a food lover and the host of the award-winning podcast called 'The Sporkful' where he talks about all things food-related from every possible angle including politics, culture, and the occasional food debate.

He thought pasta had become a bit boring so he set out on a mission to create an entirely different and new pasta shape.

Now, this is no easy feat as we mentioned - if you can think of a new pasta shape, someone else has probably already thought of it as well, created it and it was either a success or a fail.

After years of researching, testing, blood, sweat, and tears, Dan created the Cascatelli.

Cascatelli means 'little waterfalls' in Italian and it might just be the most interesting and strange-looking pasta we've ever seen.

It took Dan three years, a lot of trial and error, and tasting to come up with the new shape that brought together all his favourite pasta elements and combined them into something new.

He even documented the whole journey on his podcast as well and since creating the innovative design has actually gone ahead and started selling it.

It is currently sold out.

The website also provides a very detailed description, and even different sketches, describing the intricacies of this pasta

Now the reviews are in and people have seriously been loving this new pasta shape: 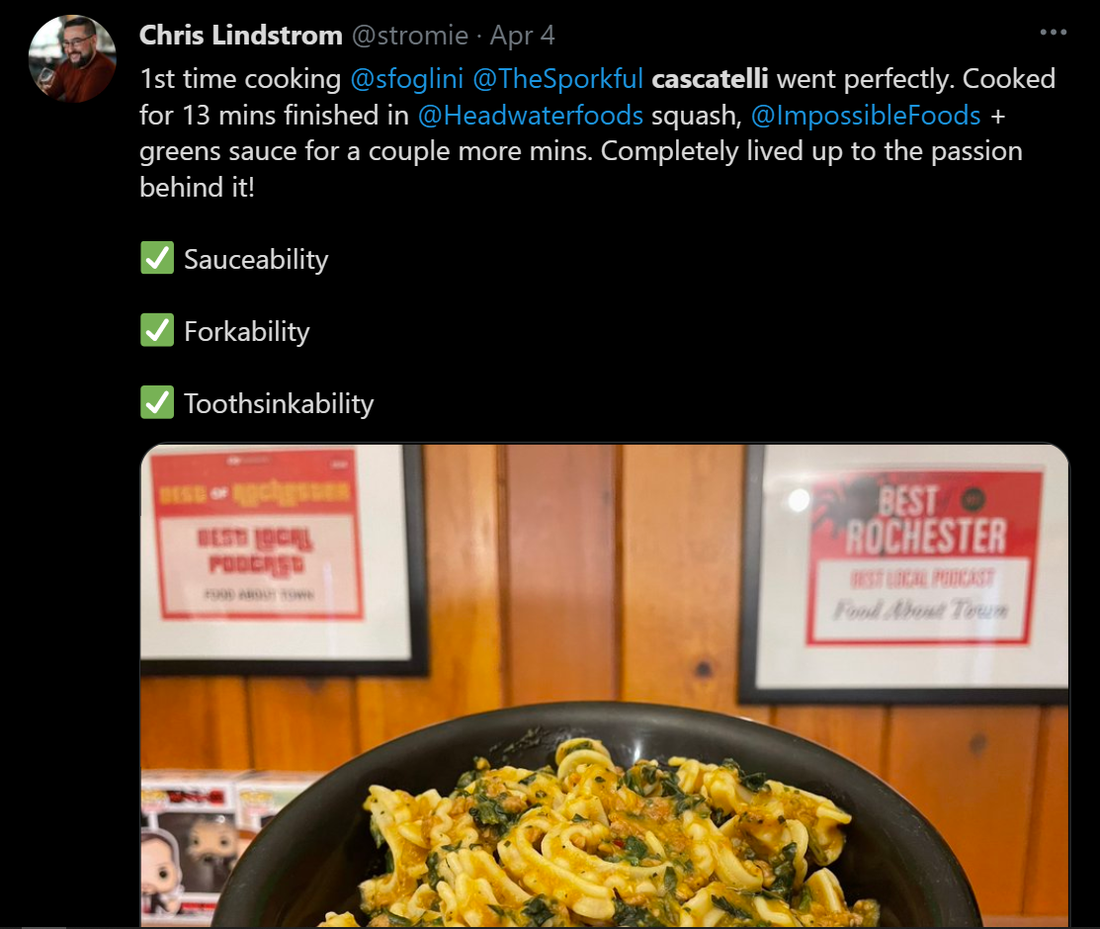 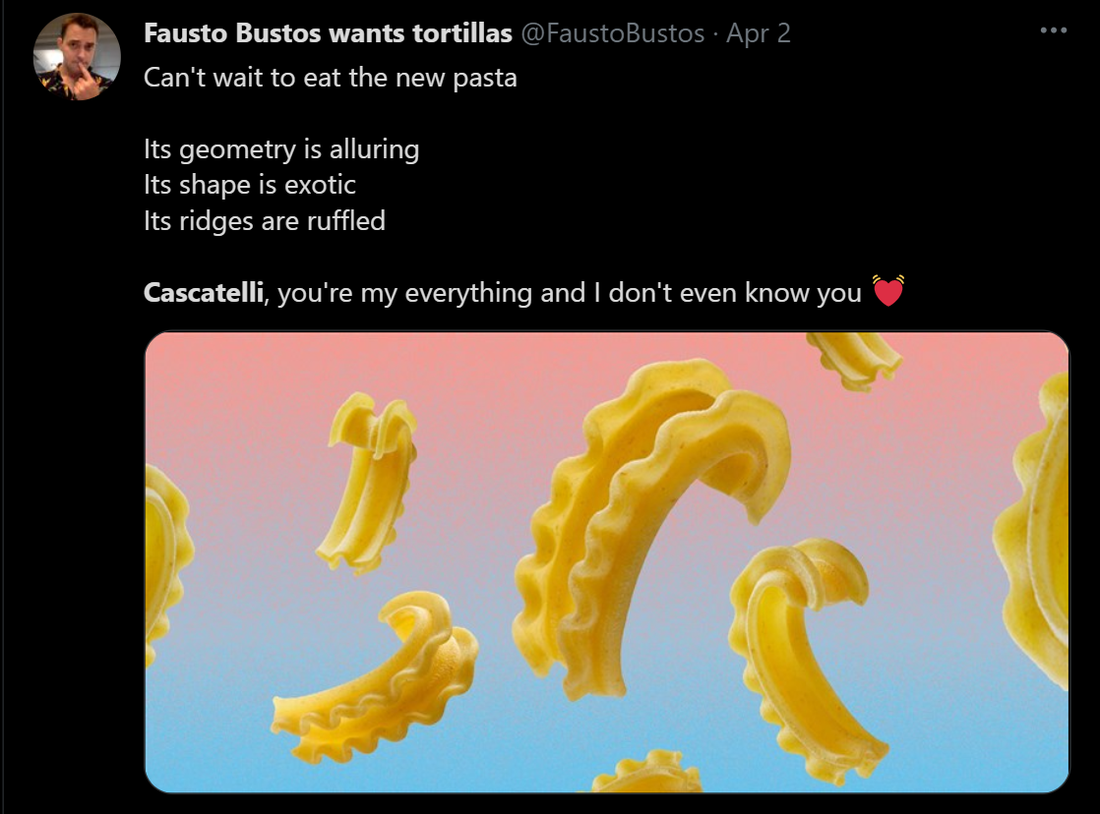 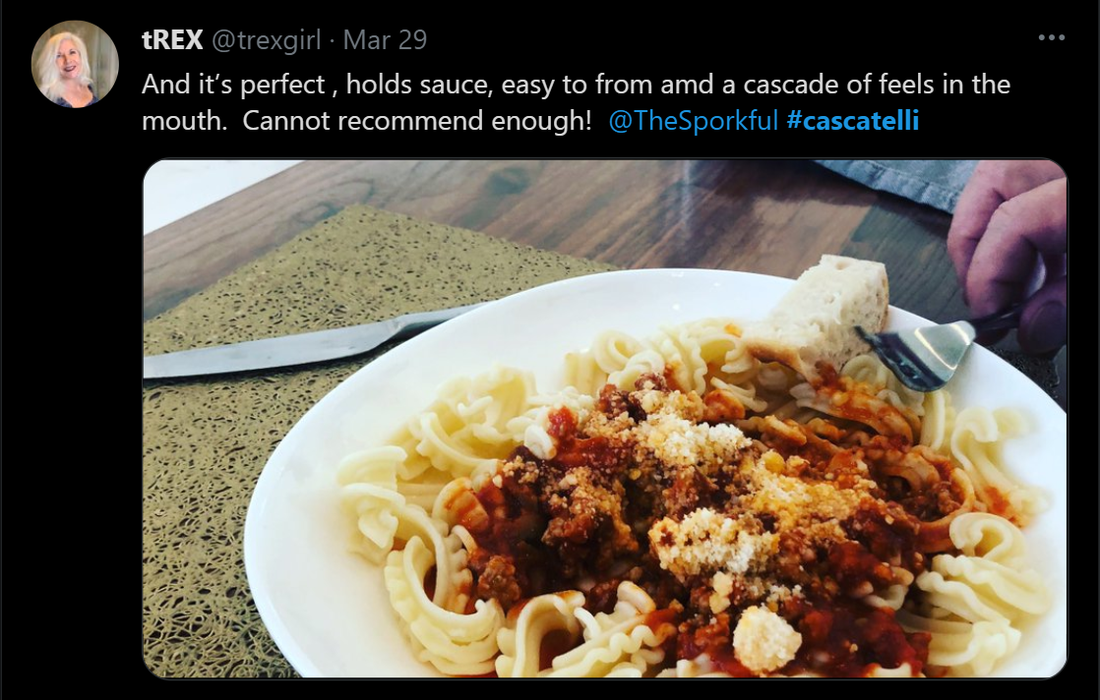 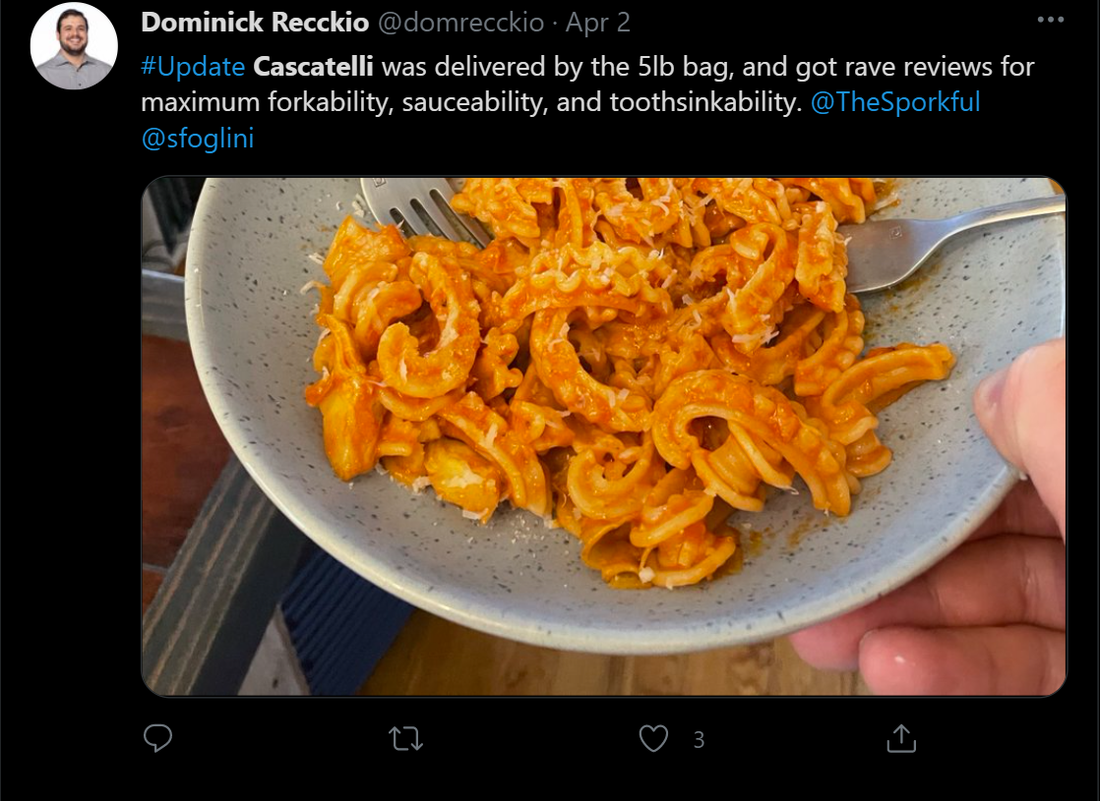 If you were to ask me which has kept me up more in the past three years — my actual children or this pasta shape — it'd be a tough call.

We know TLC taught us better than this, but we think making one exception couldn't hurt so, just like the rest of the world, we might just start chasing after these delicious waterfalls.

For more of the best Darren, Keri, and Sky moments, listen here: