South Africans have beautiful stories to tell, but sadly they often get lost between all the turmoil that the country goes through. But Tebello Mofokeng's story left us with goosebumps.

Tebello Mofokeng took to social media to share her inspirational story. Her mother passed away in 2005, which was an 'eye-opener' for her. She worked as a domestic worker and earned R150, she cleaned people's yards for R30.

In 2006, she was badly beaten by her boyfriend and lost her two front teeth. In October of that year, with the help of her sister, she got her first job and earned a salary. This was the turning point in her life.

In 2007, at the age of 37 with 3 kids, she registered for a BCom Degree. Having no commerce background, she took a leap of faith. Despite being ridiculed by her colleagues, she persevered. Mofokeng failed a few subjects when she was studying, but she never gave up.

In 2014 at the age of 41, she graduated with her first formal degree, BCom Degree in Management.

In 2018, she graduated with Honours in Business Management.

In 2019, she registered for a Bachelor in Social Work. She's now 45 working towards her second qualification, in her third semester, and has passed 10 modules with 5 distinctions.

She became a motivational speaker at her local radio station, to inspire others to find their purpose in life.

We are in awe of you, Mofokeng. Congratulations! 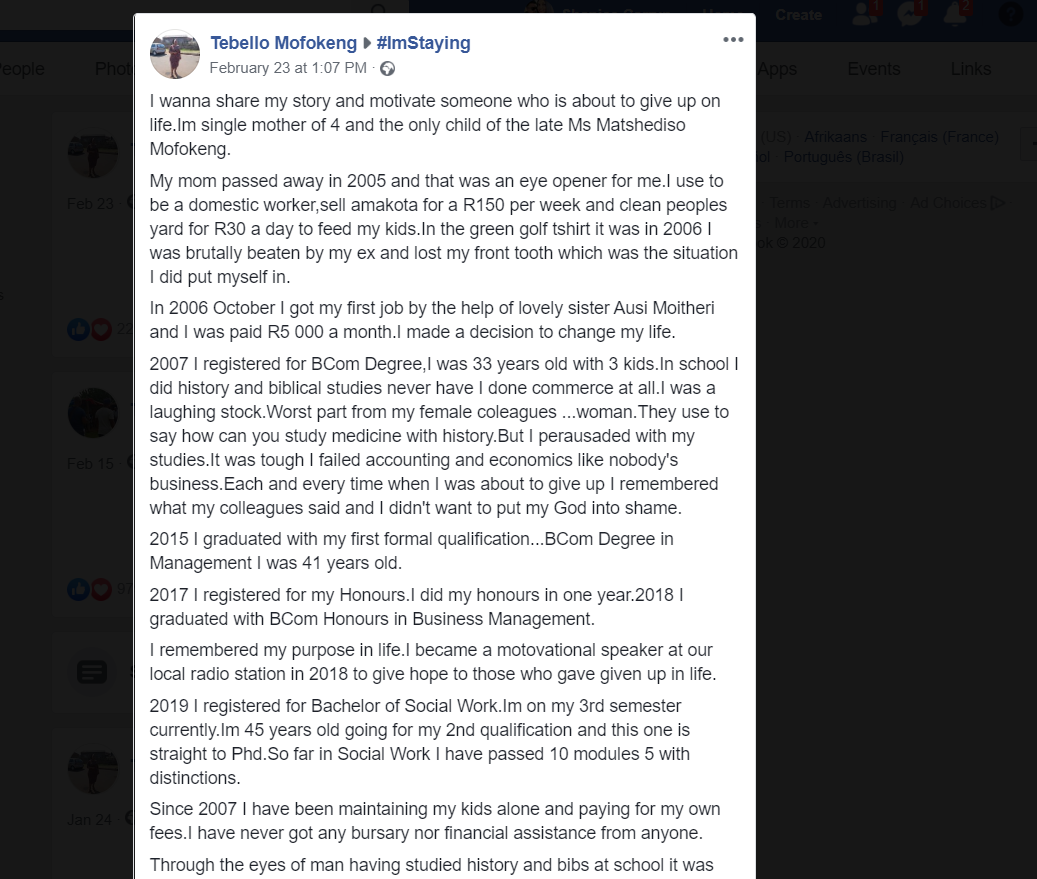 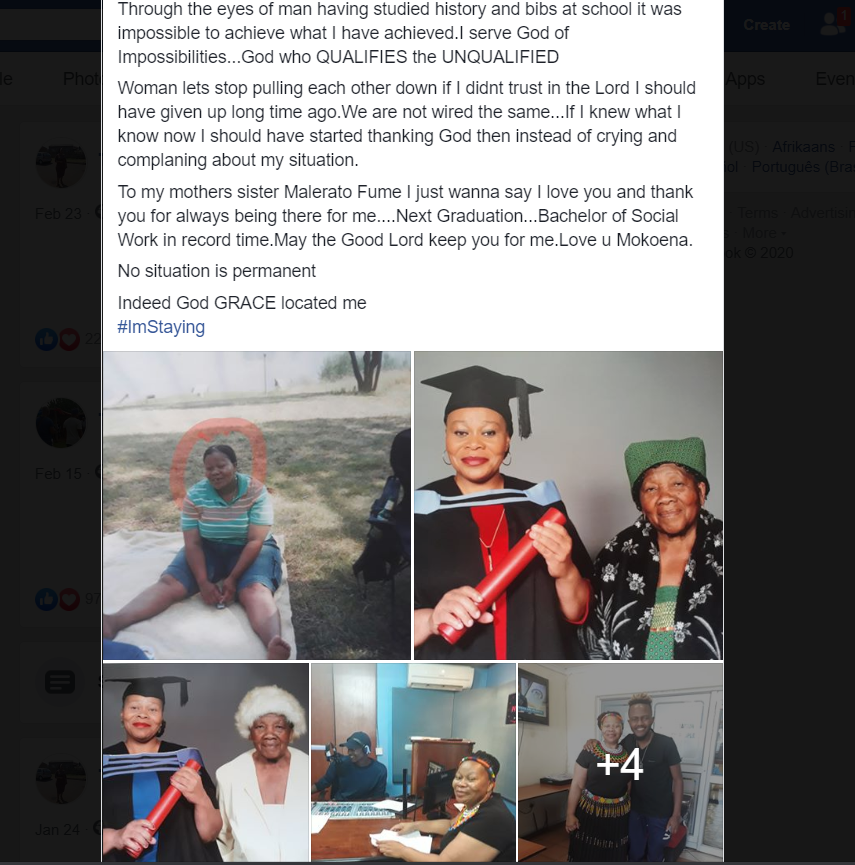